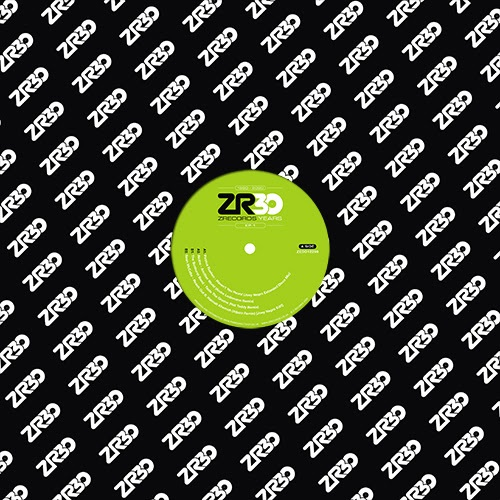 Celebrating 30 years in the game for Z Records with a series of 12” vinyl EP’s containing some of the most sought-after remixes from the esteemed Z back catalogue. Part 1 sees highly desired cuts from Joey Negro, The Sunburst Band, Patrice Rushden, Akabu, Andre Lodemann, Hot Toddy, Sean McCabe and Atjazz.

First up, Joey Negro’s incredible Extended Disco Mix of Patrice Rushen - Haven't You Heard, housed on the ‘Remixed With Love By Joey Negro (Part A)’ EP currently only attainable if you’re willing to part with £100+. Andre Lodemann’s remix of Akabu - Another World takes the second spot, a jazzy, synth laden house groover from the 2010 Summer Sampler EP that goes for up to £40 on the second-hand market.

On the flip side, Crazy P’s Hot Toddy provides the goods with a driving, funk remix of The Sunburst Band - Taste The Groove. Previously found on the limited edition 2013 RSD remix EP, it’s been trading hands for close to three figures. Finally, a Joey Negro edit of Atjazz’s remix of Sean McCabe - Reach Out ft. Hannah Khemoh, a vocal house shuffler from Attack The Dancefloor Volume Eight that’s been going for £60 on Discogs.

All in all, this is an absolute must for any discerning digger and the perfect way to kick start the 30th anniversary celebrations.

The Bamboos Hard Up / Ride On Time