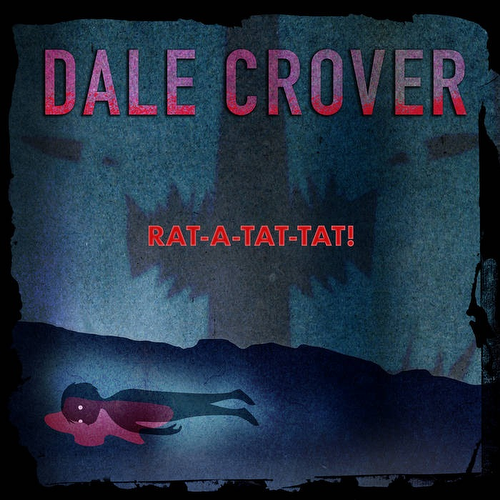 The new solo album from the Melvins member Dale Crover.

Rat-A-Tat-Tat! Is that the sound of the reaper knocking on your door to collect your soul -- or Dale Crover hammering out another distinctive drum fill?

There are pretty good odds it’s the latter; between 36 years (and about as many full-lengths and EPs) as drummer/bassist for the Melvins and his contributions to acts as varied as Altamont, Peeping Tom, Redd Kross, Shrinebuilder, and a little band called Nirvana, he’s built quite the body of work. In 2017, he added a proper solo album to his extensive catalog, The Fickle Finger of Fate. Now he’s followed that with Rat-A-Tat-Tat!

Crover takes the solo thing seriously: he wrote the album while on the road and provided vocals, drums, guitars, vibraphone, and miscellaneous percussion. Just like the last album, recording took place over at Toshi Kasai’s Sound of Sirens Studio in beautiful Sun Valley, CA. Kasai recorded and mixed it again, as well as co-producing it with Crover under the sobriquet Deaf Nephews. Celebrated graphic designer (and regular Melvins cover artist) Mackie Osborne created the striking album art, just as she did for The Fickle Finger of Fate.