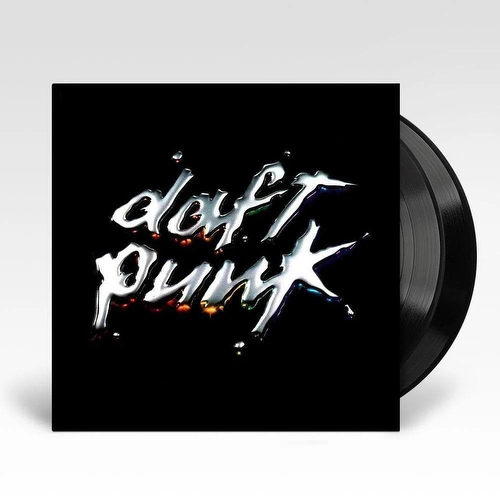 Track List...
A1. One More Time
A2. Aerodynamic
A3. Digital Love
B1. Harder, Better, Faster, Stronger
B2. Crescendolls
B3. Nightvision
B4. Superheroes

The French twosome behind Daft Punk, Thomas Bangalter and Guy-Manuel De Homem-Christo, get away with an awful lot. They go around impersonating aliens and robots in their interviews, they put records out only once every three years, and they make music that evokes a million other artists--while not really sounding like any of them. The keyboard noodlings of Jean-Michel Jarre are in there somewhere, along with the otherworldly imagery and giant hooks of '70s rock icons like Boston or even Electric Light Orchestra. There are dashes of 1999-era Prince and oodles of new wave and disco cheese, from Harold Faltermeyer and Gary Numan to the Bee Gees, all set off with efficient house beats. So how have they managed to position themselves as electronic music's next great crossover artists? On Discovery, the follow-up to the 1998 worldwide smash Homework, the answer is obvious: they have no shame, and they know how to make us dance. Starting off with the irresistibly hummable "One More Time," the record blows through a head-spinning array of styles and samples, creating a pop-culture stew of funky loops and dance-floor anthems. "Aerodynamic" eschews breakbeats for an Yngwie Malmsteen-ish guitar interlude that somehow ends up meshing in a crazy blend of stomping bass lines and hyped-up harmonics. "Digital Love" starts off silly and gets sillier, but the monosyllabic lyrics lull the senses just right, allowing the song's summery groove to grab hold with authority. "Harder, Better, Faster, Stronger" is a resounding standout amidst the retro/Vocoder deluge that transpired after Cher's Believe turned the kitchy disco device into a worldwide pop music trend, spinning a clever groove around an ever-escalating string of computerized seduction. Everywhere on the record, gigantic beats are dropped with pinpoint precision, giving songs a momentum that transforms repetitive melodies into sudden revelations.

More Items From Daft PunkSee all 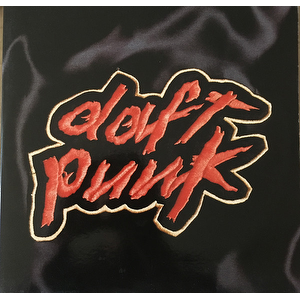 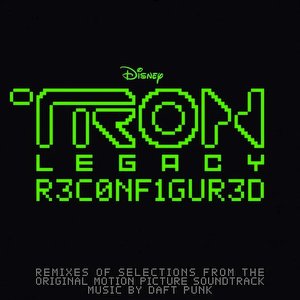 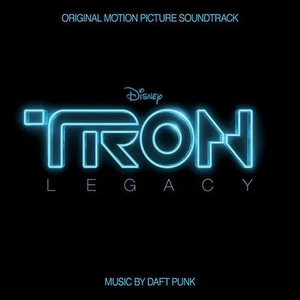 Daft Punk Human After All Virgin