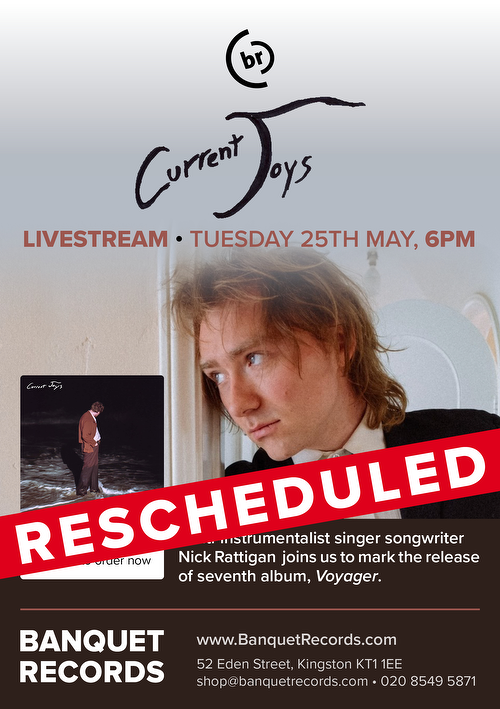 To celebrate the release of his new album titled Voyager, Current Joys link up for a zoom session! This is a limited numbers events /300.

Current Joys - the project of Nick Rattigan - signed to Secretly Canadian for seventh album, Voyager. The record rattles with the live-wire feeling that’s thrummed through all of Rattigan’s previous releases: quavering, scream-itself-hoarse vocals and self-interrogation via song. But here, that bristling, sentimental rock ‘n’ roll cacophony is overlaid with a soundtrack orchestra guiding it along. It’s an odyssey, a grand-sounding journey of self-discovery spread across sixteen tracks. Part ekphrasis, part personal, it’s Rattigan learning new ways to understand his own feelings and identity while inspired by the highly-stylised, striking storytelling of filmmakers like Alfred Hitchcock, Lars Von Trier, Terrence Malick, Agnès Varda, and Andrei Tarkovsky.

Voyager, Rattigan’s most mature release to date, is an evolution built on Current Joys’ prolific output since 2013. A Nevada native, Rattigan began Current Joys in Reno, before moving to New York after school and busting his ass working as a production assistant in the film/TV industry. He relocated to Los Angeles in 2016, and the songs that make up Voyager began coming together shortly after. Each piece of Current Joys’ previous discography is wholly built and envisioned by Rattigan, self-recorded and quickly released, quivering with a lonely intensity. Within six months of beginning the project, Current Joys had already released its debut, Wild Heart; by 2018, the sixth Current Joys full length and visual album, A Different Age, was out. All the while, Current Joys’ profile quickly and quietly ascended, selling out venues like LA’s El Rey along with European tours, simultaneously amassing millions of streams of the catalog, and a dedicated following.

Access codes will be sent 20 minutes before the event. (Please check your junk / spam folders if they aren't appearing in your inbox).

You'll be checked off as you sign in, so please ensure your screen name matches the name on your order. 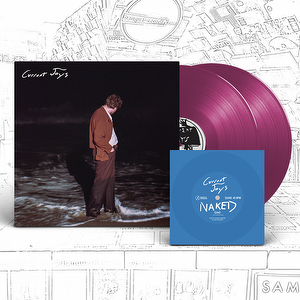