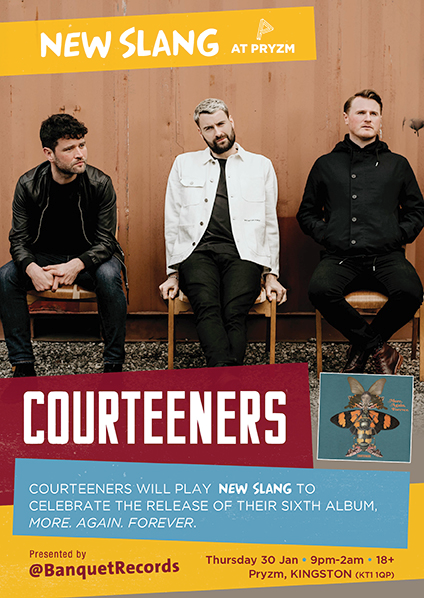 Online tickets are sold out, but a handful of tickets remain over the counter.

Courteeners release their long awaited sixth album on Ignition Records - More. Again. The band’s most confident and consistent record to date, More. Again. Forever. features ten new tracks that are guaranteed to cement their place as one of the country’s biggest and best-loved bands. Heavy Jacket is the first single taken from the album – a gigantic piano and siren led call to arms.

Times TBC but we expect doors at 9:00pm with Courteeners on stage at 10:30pm

After the show, it's New Slang as usual where you can expect to hear the likes of The Cribs, Liam Gallagher, Catfish & The Bottlemen, Circa Waves, Maximo Park and many more until 2AM. All drinks will be decanted.

CD/ticket is £20 post-paid, and other formats and combos are available. Tickets and albums will be posted together - the album is released 17th January. 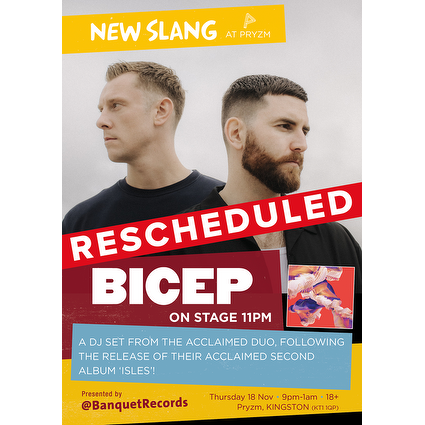