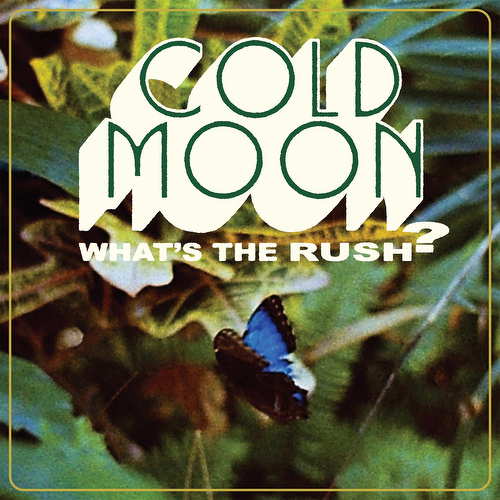 The stunning debut album from Cold Moon, a project formed with members of The Story So Far and Set your Goals. Lush and emotive rock songs that take on a more laid-back / indie sounding approach. Fans of Transit, Elder Brother, From Indian Lakes and Mat Kerekes should check this out.

While facing questions about when their debut full-length would arrive, Cold Moon simply responded with “What’s The Rush?”, a joke that ended up shaping the forthcoming release. Living by the idea that they are simply a bunch of friends that are trying to just do things they enjoy, they decided to take their time with the writing and recording process starting all the way back in October of 2019. The band continued to add dates to the calendar with Jack Shirley (Jeff Rosenstock, Deafheaven, Elder Brother) at Atomic Garden in Oakland to bring "What’s The Rush" to life. “We recorded 9 songs over 13 or 14 months. There really was no rush for us and we knew that when we felt ready, everything would fall into place”, Levy shares.