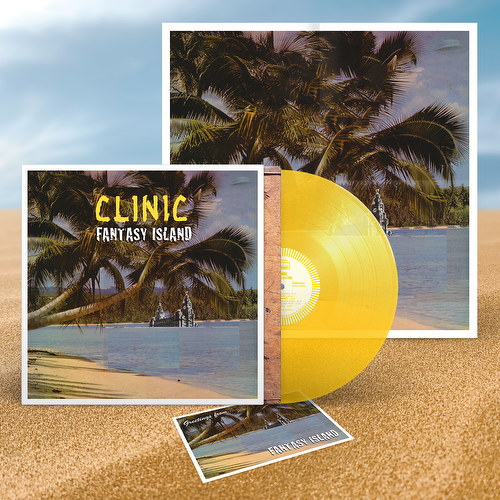 LP + signed postcard sun yellow Dinked Edition: these are limited to 1 per customer

"Dinked Edition" is on 'sun yellow' coloured vinyl, includes an exclusive 'fantasy island' poster and a signed postcard. Packaged in a spot-gloss sleeve. /500. For avoidance of doubt, the centre is a standard spindle size, and not dinked.

On their vibrant and eclectic ninth studio album Clinic, the band who wore surgical masks before it was a matter of urgency, are taking you to Fantasy Island, where you will find yourself transported to tropical climes.

In Hartley’s words: “Clinic look to a brighter future, [Fantasy Island] it’s a very positive album, it's more about what you can make happen rather than being defeatist.”

Their last album, 2019’s Wheeltappers and Shunters, found the band satirising British culture and wallowing in sleazy Seventies nostalgia. Fantasy Island was recorded in an old studio on Merseyside during the summer of 2019, with good vibrations seeping into the grooves. This time they are embracing “the idea of looking at the future and the different ways it can unfold”, with their most electronic and pop record to date. “It’s a more global, international and outward looking record,” says Hartley. “Clear blue horizons. The brave new world!”

The album was mixed last year by Claudius Mittendorfer, who has worked with Parquet Courts, Neon Indian and many pop greats. 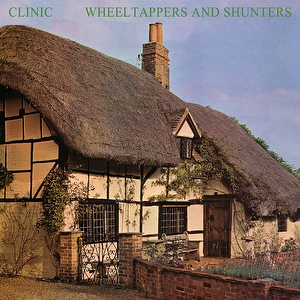