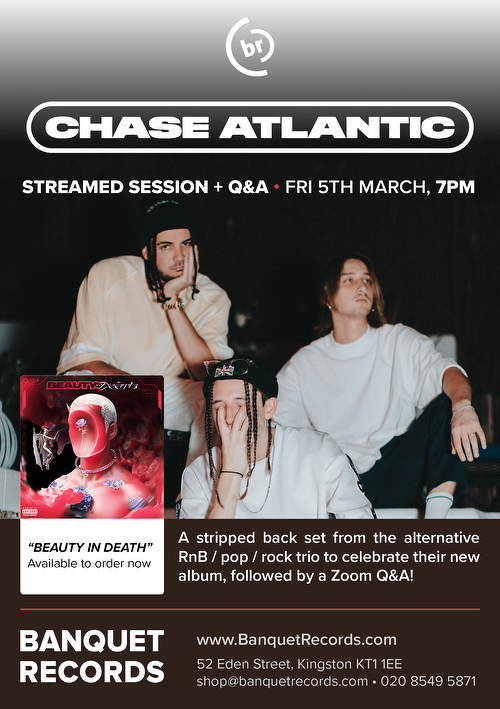 Please note: this item is only available to customers in the UK

To celebrate the release of their new album titled BEAUTY IN DEATH, the genre-chemists Chase Atlantic link up for a streamed session, followed by a Q&A on Zoom. This is a limited numbers event /300.

Along the way, they also canvased multiple continents, headlined across the US, UK, and Europe, and sold out venues such as Webster Hall in New York, Kentish Town Forum in the UK, and The Regent Theater in Los Angeles in addition to gracing the stages of Bonnaroo, Lollapalooza, and Reading and Leeds.

Access codes will be sent 20 minutes before the event. (Please check your junk / spam folders if they aren't appearing in your inbox).

You'll be checked off as you sign in, so please ensure your screen name matches the name on your order. 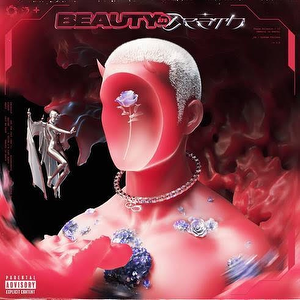