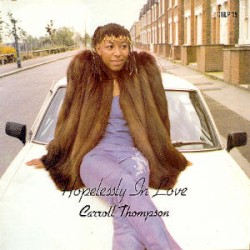 Affectionately dubbed ‘Queen of Lovers Rock’, Carroll Thompson first took the UK’s music scene by storm in 1980 when her classic single, ‘Simply In Love’ propelled her into country’s reggae chart, where it remained in the Top 10 for over four months. The achievement was repeated the following year with the breathtakingly beautiful follow-up, ‘Hopelessly In Love’, the immense popularity of which spawned the multi-talented performer’s best-selling debut long-player of the same name

Reportedly selling in excess of a million albums worldwide, the 10-track album included the aforementioned hits alongside additional new original works that have since become widely regarded as classics of the genre.

Recently voted by readers of Mojo magazine as the greatest lovers rock album of all time, the “Hopelessly In Love” LP also demonstrated the breadth of Carroll’s talent, with the singer not only performing and penning all of the material, but also coproducing the entire set.

To celebrate its 40th anniversary, Trojan Records proudly make this seminal long-player available once more. Remastered and re-presented in its original sleeve, the vinyl version has been pressed on high quality 180g colour vinyl and is  further augmented by newly written sleeve notes and rare imagery from Carroll herself, “Hopelessly In Love” finally receives the deluxe treatment its status and profound influence has long since deserved. 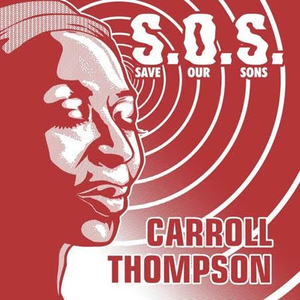