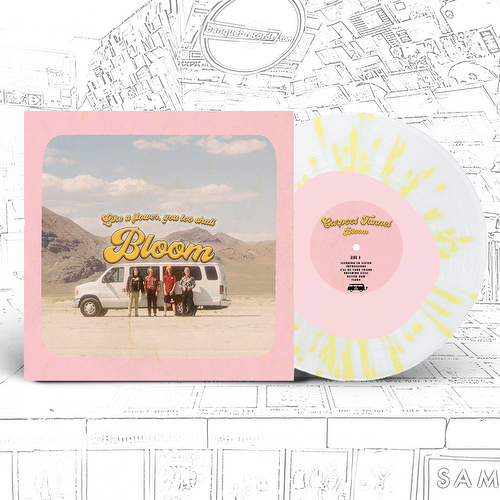 The debut album from the awesome surf-rockers Carpool Tunnel.

The songs on the upcoming album are of uncertainty, about navigating life’s newness and seemingly omnipresent obstacles heading into adulthood. They’re sentiments and situations the band experienced first hand in 2018 after moving in together in San Francisco. As responsibilities like school and day jobs piled up next to the more joyous task of writing an album, the close quarters taught the members a lot about themselves – and one another. “We were all trying to come out of adolescence and find ourselves,” singer/guitarist Ben Koppenjan says of the mindset while writing the album. “The message we came up with was, ‘Like a flower, you too shall bloom.’ We were all blooming into ourselves and finding our sound at the same time.”