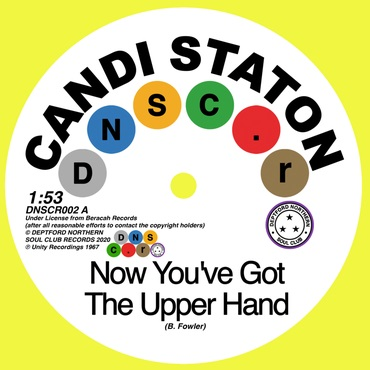 Now You've Got The Upper Hand / You're Acting Kind Of Strange

Northern Soul 45 featuring two super-rare sounds. The A side features Candi Staton’s Now You’ve Got The Upper Hand, a record that goes for over £2000. Released briefly in 1969, it was soon withdrawn as Candi went on to top the charts around the world with a string of hits. A gorgeous upbeat gem that’s gained a huge reputation on the Northern scene, remastered for maximum effect. A must have for any Candi fan ahead of her UK dates in 2020.

The flipside features another super rare side, Chappells’ You’re Acting Kind Of Strange, which is out there for around £350 if you can find a copy. Features the non-strings version from 1969. An emotional rollercoaster from the East Baltimore quintet, remastered for maximum effect.