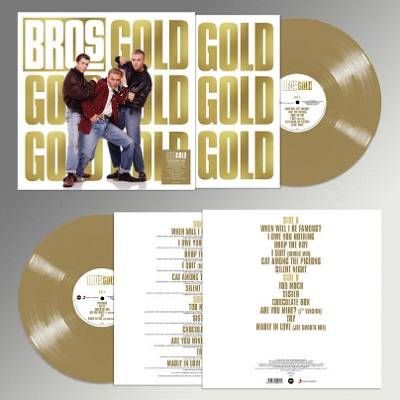 Please note: the tracklisting is only detailing the LP edition.

Bros are one of the biggest bands from the 1980s, consisting of twin brothers Matt and Luke Goss with bandmate Craig Logan. They were England's biggest heartthrobs scoring eight consecutive top ten hits and in 1989 they won a Brit Award for Best New Artist.

In 2019 Bros became a surprise hit with an unintentionally funny BBC 4 documentary. This lead to a Bros fan revival UK tour and BAFTA nomination for the documentary.

The release is available on an expanded 3 CD Crimson Gold release as a definitive set.