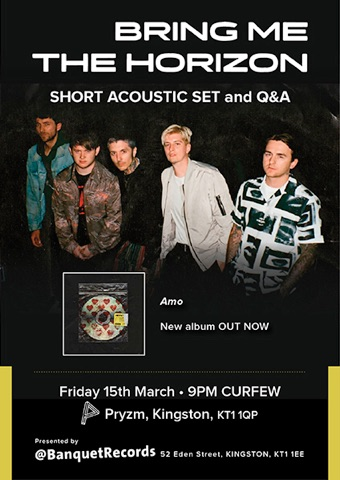 Bring Me The Horizon / Acoustic + Q&A

Following the release of their new album, amo, the modern-rock gods Bring Me The Horizon are back in Kingston to play a short, acoustic set at Pryzm with a Q&A. This event will take place AFTER the signing at Banquet Records. The new full length album has seen a huge, daring approach and a massive polarisation amongst their fan base, amo has seen the band completely evolve and experiment and we're excited to ask them some questions about it and witness a rare and intimate acoustic set.

There's little one can add to what's already been said. Massive sounds and a pioneering approach, we don't need to do any hard sell to you.

Kingpins of modern British rock, Bring Me The Horizon‘s success is a tale of perseverance and redemption, while their evolution from scrappy, deathcore-peddling teens to the boundary-smashing behemoths they are today is integral to the wider success of modern British metal.

More Items From Bring Me The Horizon / Acoustic + Q&ASee all 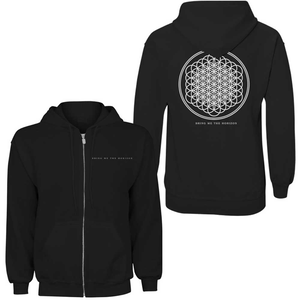 Bring Me The Horizon Hoodie: Flower Of Life 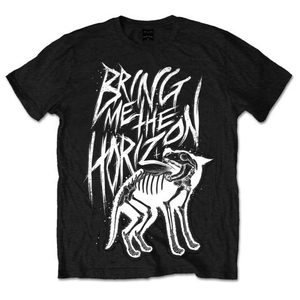 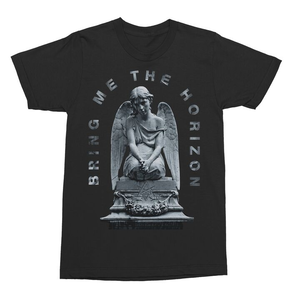 Bring Me The Horizon T-shirt: Angel

Busted Half Way There