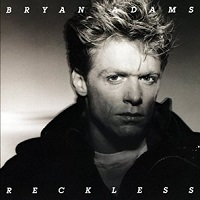 The ‘Reckless’ reissue has been personally overseen by Bryan working with many of the original team including Bob Clearmountain, Bob Ludwig and Jim Vallance. The 2014 deluxe remaster by Bob Ludwing enticingly includes seven previously unreleased bonus tracks. Of utmost interest to fans will be the actual inclusion of the track “Reckless” which due to deadlines did not make it onto the original album.