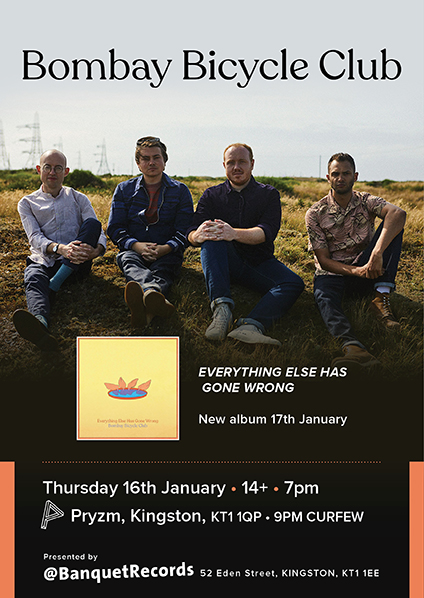 Update 13th Jan - any "posted" tickets ordered from this point are for collection at the venue. Please bring your order number with you.

Due to demand, we've added an extra all ages show to take place just before their sold out New Slang show.

The night before their highly anticipated fifth full length album is released, the legends Bombay Bicycle Club return to Kingston to play at Pryzm. The fifth full length album from the all-time great indie-quartet is titled Everything Else Has Gone Wrong and marks their first set of new music since returning from hiatus. We're super excited their back and this will be such a special moment.

“This is an album for anyone who’s ever turned to music in a time of need.  It’s about the solace one can get from listening to music or playing music.  For me personally it's about the frustration of not being able to express myself to others, of leaving conversations feeling dissatisfied and misunderstood. Music’s the way I’m able to truly express myself”.

Times TBC but we expect doors at 7:00pm with Bombay Bicycle Club on stage at 8:00pm.

CD/ticket is £20 post-paid, and other formats and combos are available. Albums and tickets will be posted separately, the album is released 17th January. If you select Collect In-store, both album and tickets will have to be picked up from the shop but you can't get the album before the release date. 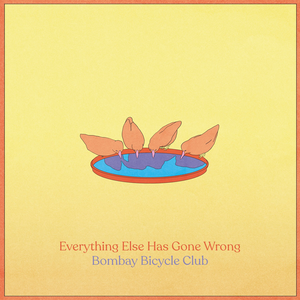 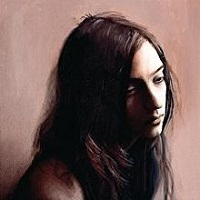 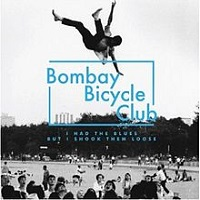