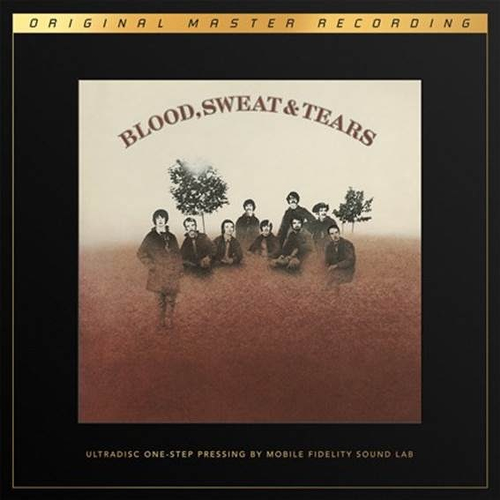 Don't call it a comeback. Not only did Blood, Sweat & Tears' eponymous album establish new precedents for musical fusion and record production upon release in late 1968, the quadruple-platinum set marked a new commercial beginning for a cross-cultural group nearly decimated months earlier when its prominent co-founder, Al Kooper, departed along with two other members. The resultant sophomore effort simply went on to top the charts for seven straight weeks, earn the Grammy Award for Album of the Year, spawn three successive Top 5 singles, and land the group a headlining slot at Woodstock. No wonder its reputation remains golden among listeners, particularly audiophiles, which have never experienced the hybrid fare in more vibrant fashion than on this collectible reissue.

Strictly limited to 6,000 numbered copies and pressed on MoFi SuperVinyl at RTI, Mobile Fidelity's ultra-hi-fi UltraDisc One-Step 180g 45RPM 2LP edition presents Blood, Sweat & Tears with exacting sonics and unsurpassed visuals. Prized for decades for its rainbow of textures, colours, and openness – as well as the tonalities, extension, and subtleties associated with the horn section – Blood, Sweat & Tears now comes across with multi-dimensional scope and tremendous frequency responsiveness. The collective's genre-bending brass and woodwind instrumentation possess pointillistic details as rich, deep, and complex as a succulent Turkish espresso. Similarly, the originality, sophistication, and melodicism of the songs – anchored by Jim Fielder's can-do-anything bass playing – emerges with a newfound warmth, realism, and presence that surpass those even on the out-of-print ORG 45RPM reissue. Such is the allure of UD1S and MoFi SuperVinyl.

In addition, the lavish packaging and gorgeous presentation of the UD1S Blood, Sweat & Tears pressing also befit its extremely select status. Housed in a deluxe box, it features special foil-stamped jackets and faithful-to-the-original graphics that illuminate the splendour of the recording. No expense has been spared. Aurally and visually, this UD1S reissue exists as a curatorial artefact meant to be preserved, pored over, touched, and examined. It is made for discerning listeners who prize sound quality and production, and who desire to fully immerse themselves in the art – and everything involved with the album, from the images to the finishes.

Speaking of these critical aspects, it remains obvious producer James William Guercio valued them above all else when he manned the boards for the sessions. Working with engineer Roy Halee and the band's sensitive arrangements – including that for the Number Two smash "You've Made Me So Very Happy," co-arranged by Kooper – he helped spin the nonet's melange of classical, jazz, rock, folk, and blues into pop gold. Ignoring any stylistic boundaries, and preceding Chicago's similarly jazz-rock-centric debut by almost four months, the album interrupted formal convention and went against the grain of the era's dominant psychedelia. Along with creative interpretations of tunes by Traffic, Laura Nyro, and more, and fearless interplay of horns and keyboards, a key to the effort's mega-success and sterling reputation remains the vocals of David Clayton-Thomas.

Reportedly discovered by Judy Collins, Clayton-Thomas brings a soulfulness and drama to the palette absent from the first album. His baritone emerges front and centre on the country-leaning "And When I Die," baroque-inspired "Sometimes in Winter," and syncopated "Smiling Phases." The singer's multifaceted ability complements his colleagues deft approaches to tempo, transition, and tension, with solos dovetailing with jazz-derived segues to produce music that's at once elaborate, eclectic, and accessible – never better represented than on the thrice Grammy-nominated "Spinning Wheel," a sly takedown of the LSD-addled era that ends with an Austrian tune from 1815 added at the last minute by Guercio to correct a mistake – a one-off error on a set that seemingly has none other.

Indeed, the most enduring appeal of Blood, Sweat & Tears pertains to the cohesive performances of a group that blazed its own trail. To focus on the playing of trumpeters/flugelhornists Lew Soloff and Chuck Winfield, drummer Bobby Colomby, organist Dick Halligan, guitarist Steve Katz, alto saxophonist Fred Lipsius, trombonist Jerry Hyman, and the aforementioned Clayton-Thomas and Fielder (many of whom also played auxiliary instruments) is to experience one of pop music's remarkable adventures. 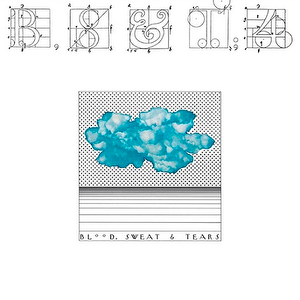