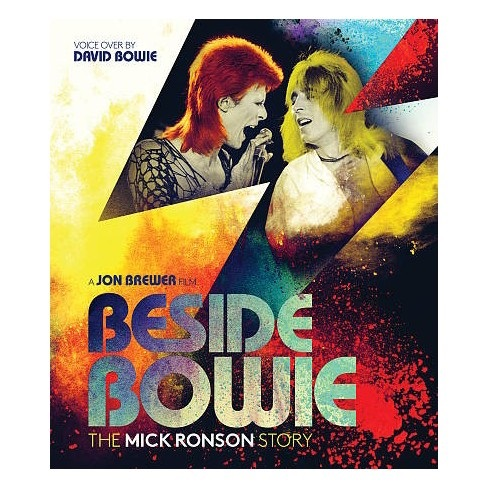 Beside Bowie: The Mick Ronson Story (The Film)

The soundtrack is available on CD or Double LP here.

Universal Music are pleased to announce the release of “Beside Bowie: The Mick Ronson Story, The Soundtrack” on 8th June 2018. The Soundtrack accompanies the DVD and Blu-Ray release of “Beside Bowie: The Mick Ronson Story” – available 6th July. The Soundtrack will be the first official career retrospective compilation for the guitar virtuoso. As well as key tracks from Mick Ronson’s solo records, the compilation includes material from his key collaborations with David Bowie, Elton John, Ian Hunter, Queen and Michael Chapman. The album also includes a previously unreleased cover version of ‘This Is For You’ by Def Leppard’s Joe Elliott and a piano tribute to Mick Ronson from David Bowie’s piano-man and band alumni Mike Garson (David Bowie, Nine Inch Nails, Smashing Pumpkins).