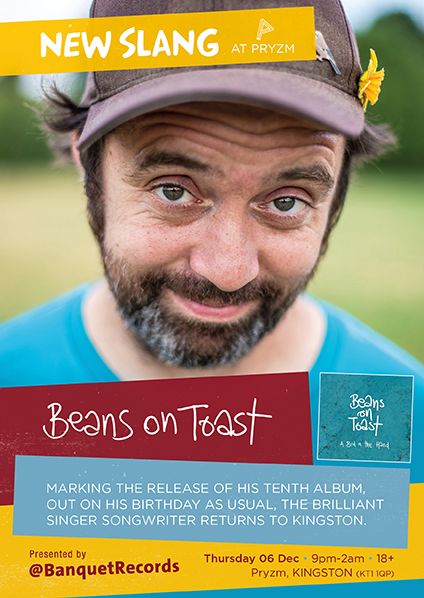 It's that time of the year again! Celebrating the release of his tenth studio album, Beans On Toast plays at New Slang.

Beans has played in Kingston plenty of times, usually in the shop each and every year for his albums, we're super delighted to see him return and this time to play at New Slang. A Bird In The Hand is another offering of his charming and humorous lyrics and wit, all performed through drunken-styled folk songwriting.

2018 was always going to be a big deal for Beans on Toast with this year seeing his 10th release. Suitably rising to the occasion, Beans went to Ben Lovett of Mumford & Sons (who produced his first album ten years ago) and they hatched a plan...

At the time, Mumford were camped out in Paul Epworth's legendary The Church Studios making their upcoming album 'Delta'. The studio has a rich recording history including Bob Dylan, Radiohead and Adele, and houses some of the finest microphones and recording equipment in the world. During days off, or between Mumford’s own sessions, Beans and Ben snuck into the studio and laid down 'A Bird in the Hand', Beans’ most accomplished album to date.

TIMES TBC but we expect doors to be at 9:00pm.
Support is coming from Tim-OT.

After the show, it's New Slang as usual where you can expect to hear songs from the likes of Frank Turner, The Vaccines, Wolf Alice, The Cribs and many more until 2AM.

This applies to all ticket holders, not just the purchaser. Bringing ID means bringing it with you. A photo on your phone will not be accepted.

If you choose Collect In-store as your delivery option your full order, including tickets, will need to be collected from our shop rather than from the venue. Banquet closes at 7pm on Thursdays. 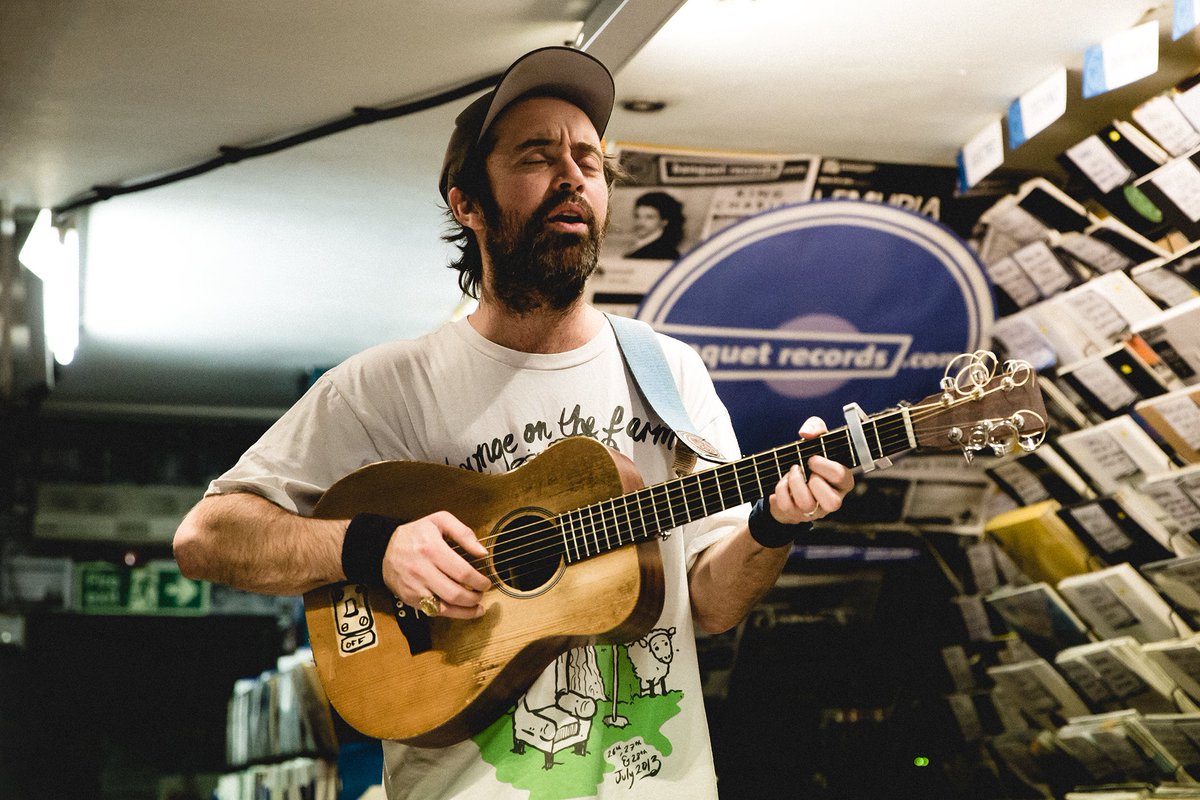 Beans On Toast in the shop - photo by Jez Pennington

More Items From Beans On Toast / New SlangSee all 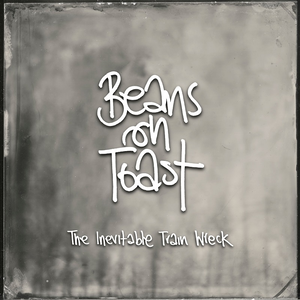 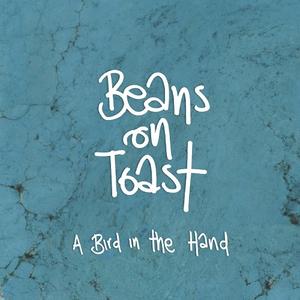 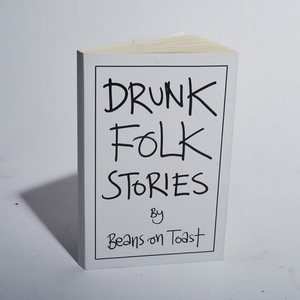