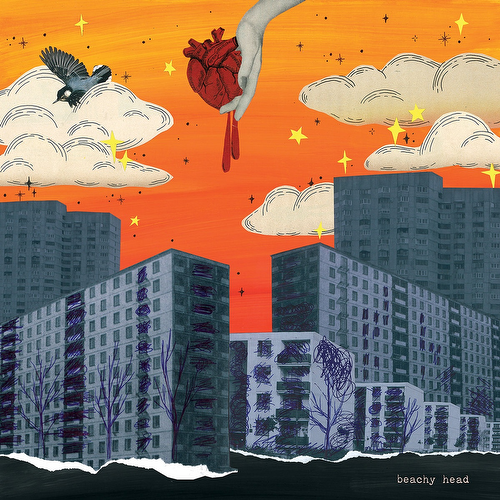 In 2019 Christian Savill found himself alone and with a year off from playing guitar for his grown-up band Slowdive. He started writing and demoing songs with no particular plan. From 2001 he had recorded with longtime friend and collaborator Sean Hewson as Monster Movie releasing several albums on Graveface Records. These new ideas felt different in that they’re more personal and honest.

Christian sent these sketches to good friends and multi-instrumentalists, Ryan Graveface (Dreamend / The Casket Girls) and Steve Clarke (The Soft Cavalry), and Beachy Head was formed. Ryan and Christian put flesh on the bones in Savannah just before Covid struck. Matt Duckworth (Flaming Lips) added drums. In between lockdowns back in the UK Steve added harmonies and other instrumentation. The final touch of recording was Rachel Goswell (Slowdive / Mojave 3 / The Soft Cavalry / Minor Victories) contributing vocals on a few songs.