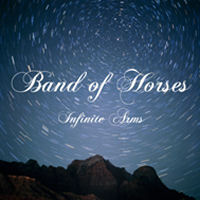 Produced by Band of Horses with additional production from Phil Ek, mixed by Dave Sardy, and recorded over a 16-month period, the songs on Infinite Arms project the essence of the different locales across America that became the setting for the recording and songwriting process behind the album. The rich musical heritage of Muscle Shoals, AL, the sublime beauty of Asheville's Blue Ridge Mountains, the glamorous Hollywood Hills and the vast Mojave desert all influenced the sounds on Infinite Arms and helped yield the group's most focused and dynamic recordings to date. The serene woods of Northern Minnesota and the band's native Carolinas inspired the songwriting, lending the compositions an air of comfort and familiarity.

Band of Horses are Ben Bridwell, Creighton Barrett, Ryan Monroe, Tyler Ramsey and Bill Reynolds. Long time touring members of the group, Infinite Arms marks the recording debut of Ramsey and Reynolds, while Barrett and Monroe graced the last album, Cease to Begin. Through touring together in support of Cease to Begin and during breaks in the Infinite Arms recording process, the band have become a cohesive force with all members making invaluable contributions to the unmistakable sound that founder Bridwell has crafted since the band's inception. As Bridwell himself concedes, "in many ways, this is the first Band of Horses record."

More Items From Band Of HorsesSee all 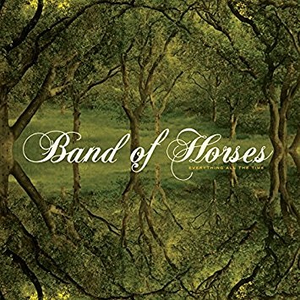 Band Of Horses Everything All The Time Sub Pop CD | LP 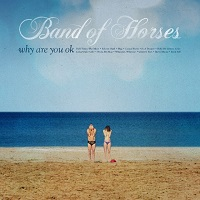 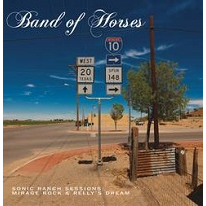 The Gaslight Anthem American Slang Side One Dummy