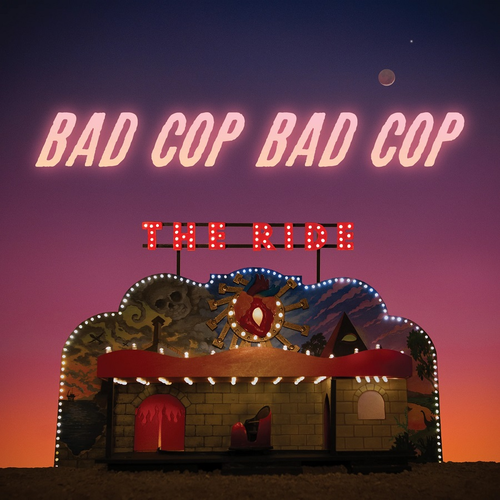 Hold tight for our pre-order, for now just click the Notify me button.

The highly anticipated return from Bad Cop Bad Cop, following on from the 2017 album Warriors.

The Ride is set to be a follow-up to the band’s 2017 album Warriors, which was recorded in the aftermath of the infamous 2016 presidential election. The Ride shows what happens when you come out the other side of that anger. Rather than putting blame on others, the band works through their anger with self-love and acceptance.

“These are political statements—self-love is a huge fucking statement,” says Dee. “Self-love means putting a fix on the problems at home before trying to fix everything in the world. It’s asking people to find it in themselves to create the life that they really want to have so they’re not in turmoil, so they’re not in a place of stress and sickness.”

The Ride draws inspiration from the band’s own experiences, from health ailments and breast cancer, to an imagined conversation with an ICE agent depicted in Pursuit Of Liberty, written by bassist Linh Le on her family’s immigration from Vietnam to the U.S in 1975.