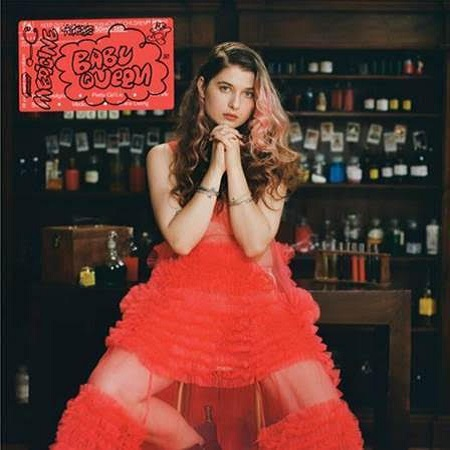 The debut EP from the rapidly rising Baby Queen.

“I wrote this song after becoming increasingly frustrated with the relationship between my real-life identity and the person I was pretending to be online,” Baby Queen aka Bella Latham explains. “I grew up with really bad body dysmorphia which I believe was partly caused by the image of the stereotypically 'pretty girl' I saw in the media all around me, and the fact that photoshop made this image completely unattainable. We're heading towards a reality wherein everybody edits their pictures, slims their noses, chisels their jaw bones, whitens their teeth and reshapes their thighs. I'm just over it. It's not cool. It's actually very uncool. If people aren't going to stop doing it, then all the kids should know that nothing is real, and this is my way of telling them that.”

Bombay Bicycle Club I Had The Blues But I Shook Them Loose – Live At Brixton Mmm... Records