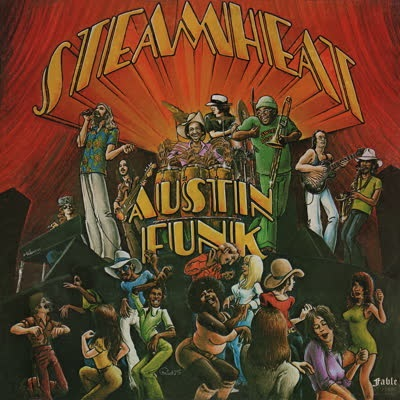 Fable is a small independent record label started in Austin, Texas in the early 1970s by a young trombone player named Michael Mordecai. In autumn 1975 he debuted a trio of albums on Fable by Austin bands 47 Times its Own Weight, Steam Heat and Starcrost. With only 1000 of each pressed, and each carrying a different emphasis on soul, funk or jazz, all 3 have gone on to become highly sought after by collectors and DJs around the world.

We meet with Michael at our UK offices and over several hours he tells us the highs and lows of running Fable Records, leaving no stone unturned and with success and tragedy in equal measure. We also speak with members of all 3 bands, and they share with us interesting stories and cool anecdotes of the wild times in the mid '70s when their records were made. We acquire informative press cuttings and some awesome posters & flyers, and all of this we publish in a booklet included with each LP which are housed in a US-style tip-on sleeve. Jazzman Records - We Dig Deeper.