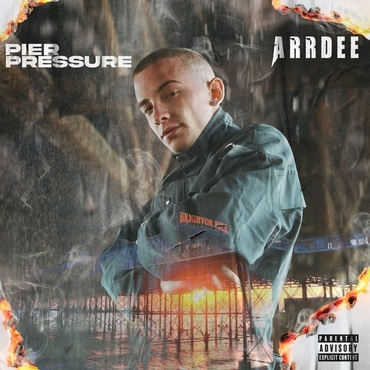 The latest mixtape from the rising UK-based rapper ArrDee.

The south coast rapper is a bona fide star, clocking up three UK Top 10 singles and a full, proper number one in 2021 alone.

Starting the New Year in ambitious fashion, ArrDee has laid out plans for his debut mixtape.

Out in just a few weeks, 'Pier Pressure' opens on fiery form, with Aitch sparring alongside ArrDee on the lead single.

Online now, 'WAR' is a muscular workout from the two MCs, while the epic video was shot by Gabriella Kingsley and features a stylish battle on the streets of Brighton between two forces.