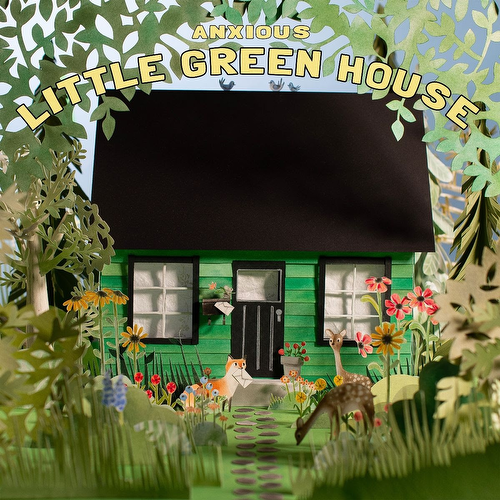 The awesome debut album from Anxious, produced & engineered by Chris Teti (The World Is A Beautiful Place...) Mixes of emo and post-hardcore-charged pop punk sounds for the fans of Basement, Title Fight, Knuckle Puck and Citizen.

Since the inception of Anxious in 2016, the band has always acted with purpose. This may seem like a simple premise, but for five kids still in high school at the time, it’s quite an accomplishment. Early songs were packaged in limited run demo tapes with accompanying zines and hand-dyed t-shirts. Weekends were filled with regional runs of shows outside of their Fairfield, Connecticut homebase. With this amount of effort it’s no wonder that within a few years of graduation, Anxious has built a solid foundation for their debut album to flourish upon.

On Little Green House, Anxious explores what it feels like to enter adulthood in unflinching detail. The Connecticut band unpacks struggles, joys, and hard-earned realizations in a way that makes them feel wise beyond their years. Anthemic songs like lead single “In April” and guaranteed singalong “Growing Up Song” thread the often difficult melodic-hardcore needle in a way that feels both nostalgic for the emo renaissance of yesteryear and precisely built for the current moment of genre defiant pioneering.