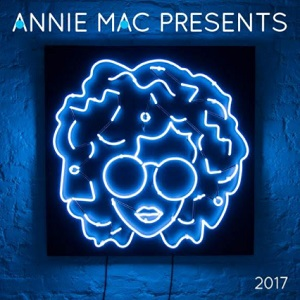 2 CD
£11.99
Add to cartBuy now
This item hasn't been updated for over a year. We believe the item to be in stock, but that might not necessarily be the case.

Details on tracklist to come soon! but we're sure it's going to contain some absolute gems from the year.

Britain’s premier music tastemaker Annie Mac returns this Autumn with her definitive selection of her favourite tracks from the past year: Annie Mac Presents 2017.‎ The AMP 2017 compilation will be the seventh in the highly anticipated series. Annie's AMP live events series has grown from humble beginnings at the small third room in London's recently closed Fabric nightclub, to curating stages at some of the world's biggest festivals (from Ultra Festival to Creamfields to Coachella), embarking on nationwide tours in both the U.K and the U.S, and launching its very own 'Lost and Found' festival in Malta, now in its second year.

Meanwhile Annie's career as a ‎globally renowned DJ and broadcaster goes from strength to strength. A certified main stage festival DJ, she is also now Radio 1's ambassador ‎for new music. Broadcasting from Monday to Friday from 7pm across the week, Annie has consolidated her position in the music industry as one of its most powerful tastemakers. Known for spotting the stars of tomorrow today, many artists credit Annie for their first break, while labels plan their releases around her on air premieres. With the music that Annie champions being more ubiquitous than ever, never has an AMP compilation felt more reflective of the popular music zeitgeist.

Featuring Bicep, J Hus, Little Dragon, Frank Ocean, Jorja Smith, Sampha, Wolf Alice and Stormzy to name a few, the tracklisting encompasses both upcoming and established artists, of varying genres. Boasting everything from international floorfillers, through US Hip Hop to UK Grime and Alt Rock, AMP 2017 demonstrates how the dancefloor is breaking down more boundaries and proving more integrated than ever before. Released as a 2CD set with 36 tracks over 2 mixes.