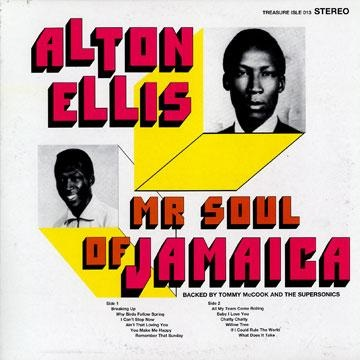 1967’s Mr. Soul of Jamaica was the first album by rocksteady star Anton Ellis.  As one of the innovators of this genre who was given the informal title “Godfather of Rocksteady” he wrote some original reggae hits which contains a lot of soul. A familiar mix of heated horns, fine harmonies and impressive key works filling the air. The album is packed with some wonderful, melodic songs, ones that will appeal to vintage reggae lovers as well as soul music fans. Ellis is fabulous on every song on this record, including “You Make Me So Very Happy”, “Why Birds Follow Spring” and “Ain’t That Lovin’ You”.

Anton Ellis was inducted into the International Reggae And World Music Awards Hall Of Fame in 2006. Two years later he died of cancer at the Hammersmith Hospital inLondon. He played an important role in the trajectory of dancehall, reggae and hip hop.

Mr. Soul of Jamaica  is available as a limited edition of 750 individually numbered copies on orange coloured vinyl. 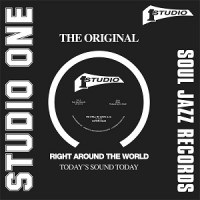 Paragons On The Beach Music On Vinyl
Alton Ellis Mr. Soul Of Jamaica