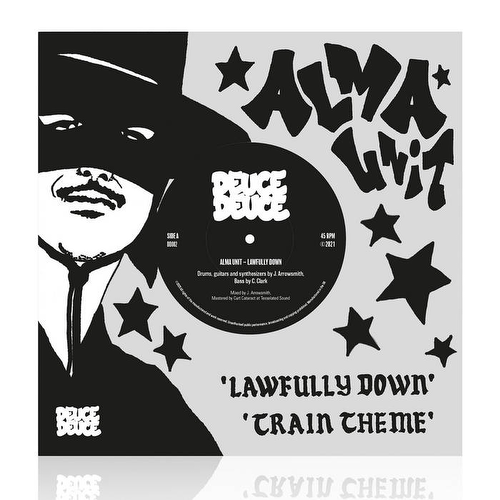 The debut single from Alma Unit and the second release from Deuce Deuce Records.

This innovative slice of wax takes on two classic compositions from the seminal cult movie ‘Wild Style’ soundtrack. Fans of the film will appreciate Alma Unit’s expansion upon these iconic themes that will invoke nostalgia and transport the listener to the South Bronx’s Dixie club and the Lower East Side’s amphitheatre.

Whilst keeping the essence of the original tracks, Alma Unit expands the possibilities with additional spacey instrumentation and heavy drum breaks (double copies are essential for the more adventurous DJ’s). Whether its the
synthy funk of ‘Lawfully Down’, or the dreamlike journey on ‘Train Theme’, Alma Unit builds on the love of the film, considered by many to be the most authentic representation of Hip Hop in it’s infancy.

Aaron Frazer My God Has a Telephone Colemine Records