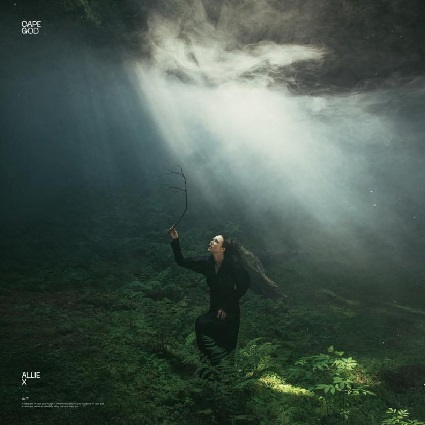 Cape God will be the fourth studio release from Allie X and includes collaborations with Troye Sivan and Mitski.

"In early 2018, I saw the documentary that started my journey to write this record. It's an HBO doc called "heroine: cape god". Though I've never done junk and don't plan on trying it, in an abstract way I found myself relating to the film's young interviewee's. I've never spoken much publicly about this, but during high school, I was in and out of the hospital with physical illness. Often debilitatingly sick. To say it shaped my adolescence is an understatement. In multiple ways I related to the characters I saw in the documentary.  Going into these feelings I had as a teenager was the perspective I chose to write this album from. It happened very naturally and without much thought - it became "Cape God". I would say Cape God is a liminal space I created to explore my repressed feelings and perhaps create a different outcome. While in cape god, you are in limbo. you stay there until you die or come to life and while you are there you are somewhere in between....."

Indie Albums Back in Stock!