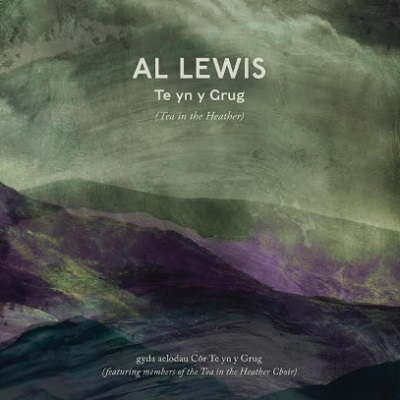 'Te yn y Grug' (Tea in the Heather), is the new concept album by award winning Welshnsinger/songwriter Al Lewis, critically acclaimed for both his solo work and also as half of Americana duo Lewis and Leigh.

The lyrics for 'Te yn y Grug' (written by Karen Owen and Cefin Roberts) were inspired by iconic Welsh author Dr Kate Roberts’ series of short stories of the same name, which this year celebrated its 60th anniversary since first publication in 1959.

Regarded widely as the Queen of Welsh Language Literature, Dr Kate Roberts' work drew heavily on her own surroundings and upbringing in the small village of Rhosgadfan on the foothills of Moel Tryfan in Gwynedd, North Wales.

The 'Te yn y Grug' stories centre around the lives of three young girls Begw, Winni and Mair growing up around the turn of the 20th century in the Slate mining communities of North West Wales - universal tales of growing up, loss, poverty, religion, community and belonging.