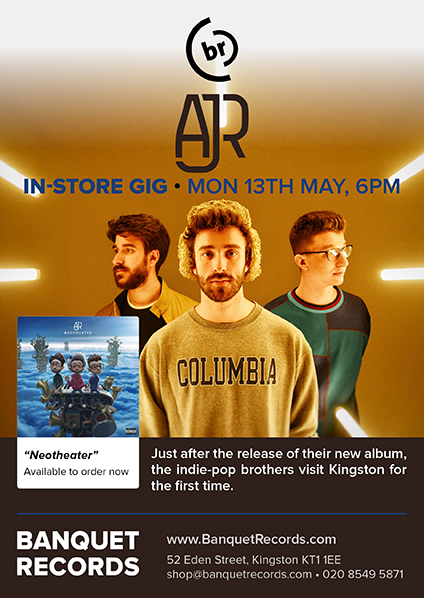 Just after the release of their third full length album, the indie-pop brothers AJR visit the shop for the first time to bring us a dose of their hip-hop / EDM fused indie-pop.

Earlier this year, their single “Burn the House Down” became a semi-official anthem against gun violence by the March For Our Lives. They hit one or two adjacent notes here, too. “Birthday Party” is sung from the perspective of a newborn baby in the hospital: “I bet my ignorance is always bliss/Except ignoring pigment in our skin/I bet my country’s nice to immigrants,” the theoretical infant assumes. Elsewhere, AJR sing about coming of age from a more personal perspective: “Don’t Throw Out My Legos” is a saccharine but strangely affecting ode to lost innocence, riding pensive pianos and an ascending beat as they turn “I don’t wanna move on” into a boy-band lament, and “100 Bad Days” is a catchy catalogue of potential life-altering tragedies (“I wrote a song that no one knows/I played a show and no one showed”).

Priority will be given to anyone who orders a copy of Neotheater from us. 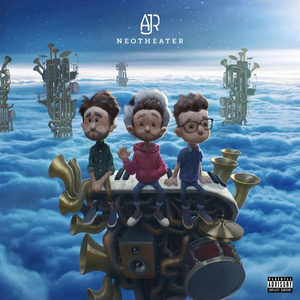