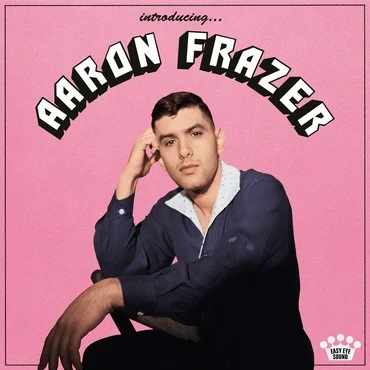 Aaron Frazer (of Durand Jones & The Indications) is pleased to announce his debut album, Introducing..., out January 8th, 2021 via Dead Oceans and Easy Eye Sound, alongside lead single, “Over You,” and its accompanying video. A testament to his wide-ranging influence and deep gratitude for his musical community, Introducing... is both loving and gracious, critical without losing hope, and a showcase of a young artist on a seriously soulful ascent. Working with producer Dan Auerbach of The Black Keys, Frazer expertly calibrates consciousness-raising, as previewed by early single “Bad News,” and the desire to be enveloped by love. Where previous songs were written in a partial state of turmoil, Frazer’s debut LP shows maturation and range.

Soft-spoken with the look of a slightly disaffected 1950s matinee idol, Frazer possesses a unique voice that’s both contemporary and timeless. The Brooklyn-based, Baltimore-raised songwriter first came into the international spotlight as the drummer and co-lead singer for Durand Jones & The Indications. He’s certainly created a community through his work with the Indications, gospel-soul project The Flying Stars of Brooklyn, and countless side shows in Bloomington and New York. Throughout, Frazer has used music to call attention to issues of inequity and injustice, while highlighting the work of organizations like the Poor People’s Campaign. “It’s important ethically to try to use music for good. If you have something to say politically, don’t hide it until it’s asked about,” he says, adding that Introducing... balances songs of happiness with more political messages.

Aaron Frazer My God Has a Telephone Colemine Records 7"

Celeste Not Your Muse Polydor Pre-Order