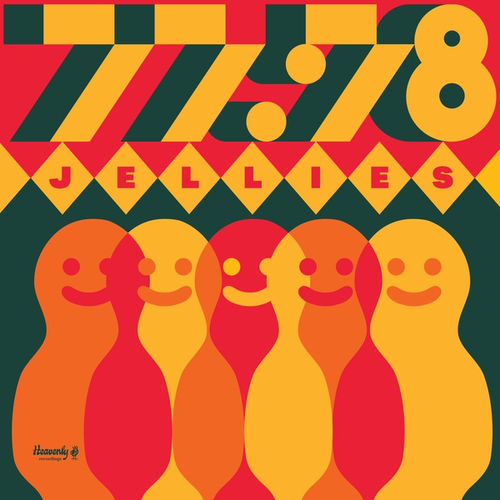 77:78 is the new project from Aaron Fletcher & Tim Parkin, card carrying members of the musical kaleidoscope that is The Bees, have announced details of Love Said (Let’s Go), their first release for Heavenly Recordings having recently signed to the label.

“The song’s working title was Jelly because it has this soulful balearic groove that just wobbles! Lyrically the vibe is saying “keep on keeping on”… take life's punches but shine on."

Set to pick up where the Bees left off, Love Said (Let’s Go), bodes well for the album due later this year, which was recorded at their Isle of Wight studio HQ and musically picks it way from sublime west coast harmonies that recall the frayed beauty of the Beach Boys Smiley Smile , to the ramshackle dub of King Tubby via the playfulness of early Syd Barret.